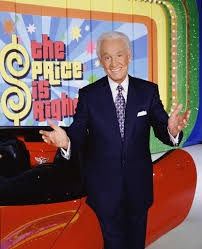 The Captain of U.S.S. Sick Day

The sick day is every school aged child’s dream.  It’s a mini vacation in your own home. It’s a staycation.  Now as an adult… Sick days are a nightmare… especially as an educator. Anyone who has written lesson plans for a substitute knows that.  The amount of details in one substitute lesson plan could fill up a JK Rowling novel.  Then add in needing a sick day because your two year old is whiny, crying and has a high fever and you have the perfect storm of frustrating circumstances.

It’s sad what the sick day has become for me. (Which is probably why I’ve maybe used five total sick days the last ten years combined). A sick day for me, in say 4th grade, took careful planning. A very specific and detailed itinerary was crafted to make sure I utilized my time wisely. There could be no wasted time on a sick day. There was a need for the perfect balance of sleep and television viewing.

That brings us to THE BEST FRIEND any sick child can ask for… Bob Barker.  The man… the myth… the legend.  The voice of the people with high fevrers, the flu, and those whom just had their tonsils removed.  The Price is Right is a (excuse the pun) right of passage for all children too sick to go to school, yet old enough to stay home alone.  The Price is Right ushered in the changing of a boy to a young man. It stood for independence… and also stood for the fact that before DVR and Netflics there was NOTHING on TV on weekday mornings.  It was good ‘Ole Bobby and watching 14 straight episodes of SportsCenter to see if you can figure out if they were live each time or reruns.  Either way all still better options that practicing your spelling words on that half sheet of lined paper.

Which brings me back to yesterday… Jax first sick day home from school. It was an adventure from minute one…  101 fever = one miserable child. There was no Bob Barker ‘s soothing voice and no highlights of the previous day’s Web Gems. It was tears and Peppa Peg. It was refusal of food and throwing up of Tylenol.

This little boy is the so active and high energy!  Yet the morning came and all he wanted to do was snuggle up with a blanket and watch Daddy Pig win the World Puddle Jumping Championships.  So after force-feeding him some Tylenol he seemed back to normal. LIke return fron the dead normal:

I turned around for 30 seconds and when I look back he was up off the couch and ready to fight the Dark Lord Sauron.  I mean he literally came back to life like nothing I had ever seen before!

There was no more TV time, there was no sitting on my lap to read a few Dr. Seuss stories and even the ever-popular sensory activity time was a failure. All this little guy wanted to do was get outside and play. He couldn’t get his shoes on fast enough… he coyldnt get out the door and get on his “quad” fast enough.  The only issue… no battery power.  How do you explain to your child that you forgot to charge the battery to his Power Wheels…….?  Apparently you dont hAve to.  I guess he has his own way of problem solving.  A screw driver and some hex keys and right to work he went. On a side note, I learned he has the mechanical skills of his father… which is NONE:

“Maybe if I just close my eyes and jiggle stuff in here around it will work?!!??”

There are positives and negatives to having a two year old who is high energy and prefers to be outdoors to sitting inside on a beautiful day.  It’s great on weekends and when youre on vacation. Also, its great knowing my son is going to want to play sports and run around and climb trees rather than play video games all day. That is a rewarding feeling as a parent.  But on days like today… days where I just wanted to sit and watch a Showcase Showdown or two… days where a sick day needs to be a sick day… these are the days that make a a young fellow like myself… a REAL DAD.