Which is weird if you think about it because why would you ask me who he looks like more. You’re looking at bus both in the face right now… Who do you think he looks like?

I think certain people see certain things. Visiting the infamous Grandma Candy this weekend brought upon the comment, “he looks so much like this side of the family”. I’m not so sure though. Not yet at least… I truly don’t even see a lot of mommy in there either.

Now when it comes to who looks like who it’s not hard to see the resemblance between me and Grandpa Pete:

It’s just funny how family resemblance can be so uncanny between some people and others in family can look so completely different. It’s fun watching him grow and to see features that resemble family members as well.

Jax had a great time visiting Grandma Candy this weekend. I’m glad he’s getting to know three of his great grandparents! 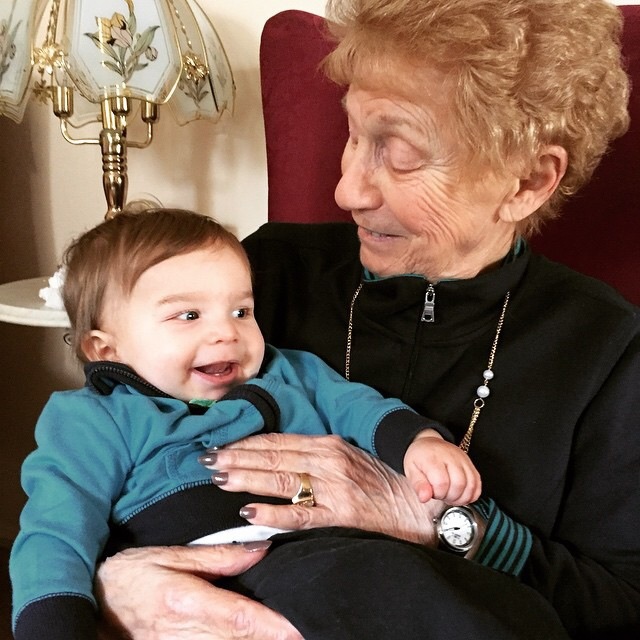 One thought on “Must be Good DNA”