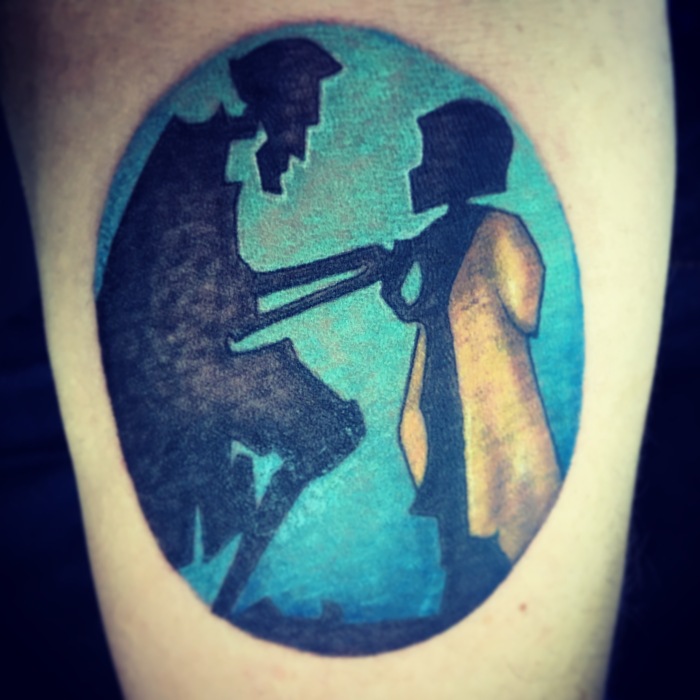 As a guy who enjoys tattoos and also a guys who enjoys having a son… I’ve been wanting to get some ink done to represent Jax for a while now.  I decide on a meaningful representation of a father and son taken from Harry Potter and the Deathly Hallows short story The Tale of the Three Brothers.

The story revolves around three wizard brothers who once conquered death for a short time by defeating a deadly obstacle with their magic. The personification of Death appeared out of anger because he felt that they had cheated him, but pretended to congratulate them by awarding them gifts of their choosing: The Elder Wand, The Resurrection Stone and the Invisibility Cloak. Two of the three brothers wished to conquer Death beyond what they had done already, and foolishly chose their gifts accordingly, leading to their early demise. The third brother was wiser, and hid under the Invisibility Cloak that allowed him to postpone death until he was ready; he lifted the veil that had helped him to evade the afterlife and was welcomed by Death.

The story’s moral is that you should live life for the right reasons: love and those you love.  Greed will lead to unhappiness and you will die without having enjoyed what means the most to you, as the power-hungry Antioch Peverell asked for a wand more powerful than any in existence and he was the first to die. Cadmus was also greedy but not as much as Antioch, he was the second brother to die. But the youngest brother who was a humble man asked for a thing that he could use to live a long and happy life.  One in which he was allowed to see his child grow. And thus because of this he attained a great age and passed The Cloak of Invisibility to his son.

Ignotus preferred a rather joyful, peaceful life, unlike his brothers. As such, he lived for several years with no quarrels or worries and raised a family. Ignotus saw to it that the very last thing he did in his life was pass the cloak on to his son, guaranteeing that his future descendants could live long happy lives as he had, and when he finally left the mortal world with Death, Ignotus had no regrets.

I was happy to get a tattoo representing a moment that every father dreams of… Passing down something (knowledge, skill, an invisibility cloak) to their child which will ensure he will live long, happy and successful live.

Thx to Nycci at the Inkwell for doing such great work! 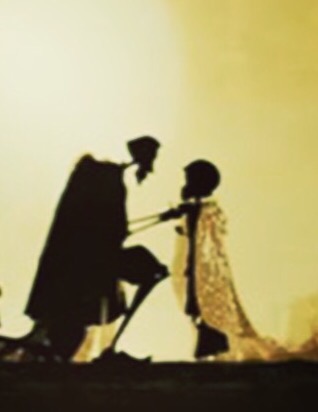 The Tale of the Three Brothers (HD Video)

My other HP tats: