A couple of weeks ago I got a scary call.  We’ve been to the hospital before… heck Jax was born in a hospital… shocking development I know.  But two Mondays ago an unexpected emergency trip by ambulance to the hospital was one of the scariest days of my life. Getting a call from Stephanie at 4:00, while I am at work and over an hour away, in which she tells me that Jackson is on his way to CCMC by ambulance was not the news any parent wants to receive. Needless to say my ride to Hartford was the longest and shortest ride back from work I’ve had since I started in my new School. 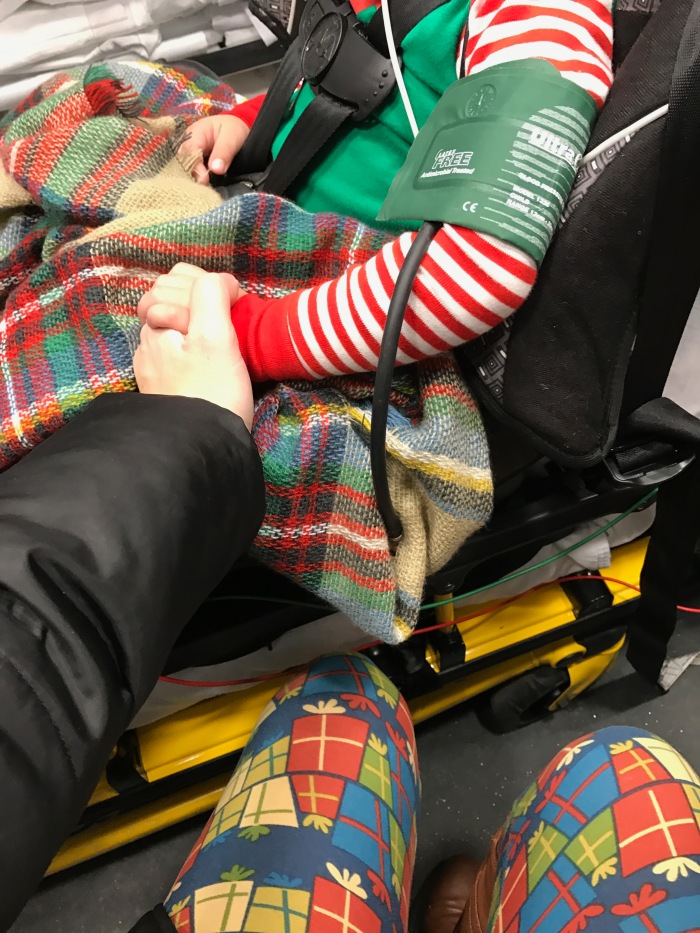 When a pediatrician sees these vitals and then immediately calls an ambulance to take your son to the closest Children’s Medical Center, there is every reason to panic. Seeing your child struggle to breathe has to be one of the most horrible things to watch. Stephanie and Grammy stayed calm for the most part… I on the other hand was close to having a heart attack not knowing what was going on as I sped through traffic on the busiest highway in Connecticut during rush hour. Somehow I made it to the hospital before the ambulance did… flashing lights and sirens and still took them longer to get to the hospital then me… driving from an hour away.

I paced and wandered and looked and waited and paced and paced and paced. Clear and happy thoughts were not something that were floating around in my head. I was nervous… I was scared, but mostly I felt helpless. You have this little human who you are in charge of, you are responsible for and who looks to you for help.

I spent a lot of that night “trying” to be funny. I made some jokes and laughed a bit with my son. But the humor was just a shield from pain, a costume that showed a stoic face to project a cool, calm and collected parent. But beneath that was hiding the true sadness and fear of not knowing what was going on. Spending most of my life as the “fixer” makes situations like these even more difficult to deal with.

No this wasn’t (or didn’t at least seem to be) a life threatening visit to the hospital, but anxiety still runs rampant at times like these. At least for me. Although Jackson is almost three at this point, there are still so many firsts to still deal with. This first ambulance ride to the hospital is one I won’t soon forget.

Jackson is fine, recovering from pneumonia and a viral infection in his lungs… (nothing lots of fluids, lots of Peppa Pig reruns and extra hugs couldn’t take care of). We wound up getting out of the hospital around midnight that night. As I reflect on how lucky we are to have our little man back up to speed and feeling good again, I’d be lying if I didn’t tell you how freaked out I was at the time.

Everyone from the EMTs to the staff at CCMC was AMAZING… caring, responsive and understanding. They catered on Jax in his elf PJs like he was a king. Whether it was bringing him toys to play with, crayons or sneaking him extra apple juice and graham crackers… thank you for caring for my son… and keeping this dad calm and out of the hospital himself.

4 thoughts on “An Unexpected Trip”