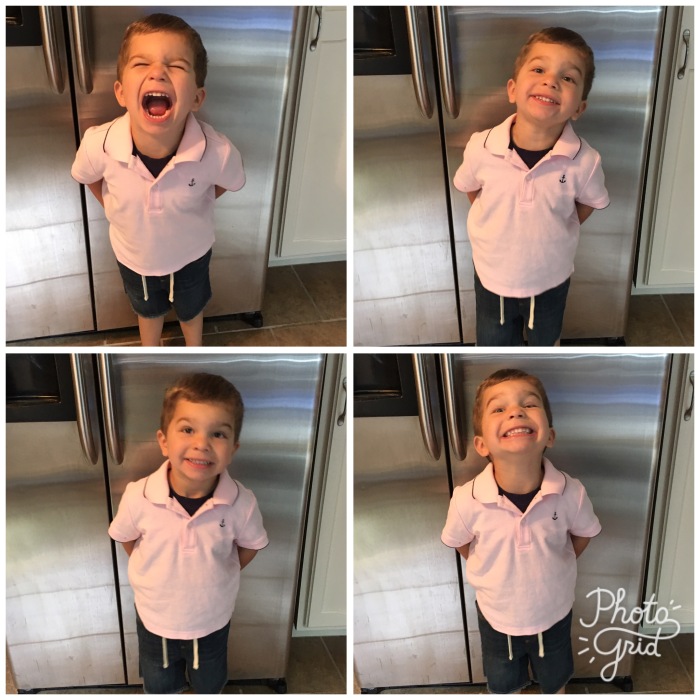 The end of PRE-K3 seems like a pretty cool accomplishment… a little overrated maybe, its not kindergarten or elementary school or especially high school graduation… but considering this little guy has had a long journey to get here I could care less if it was just simply the ending of the week!

I try to live by the saying, “Little wins.”  This was, in the bigger picture, a little win… but knowing how far this little monster has come, has me feeling like he accomplished so much in so little time.  Case in point: Start PRE-K3 in May, never been to a “real school,” never been on a bus, never had a true academic curriculum and data driven goals as part of his everyday life, and now finish the year as the happiest and hardest working little guy to ever strap on an over-sized monogrammed backpack:

I am so proud of the hard work and determination this little guy shows everyday. He works on his sounds and articulation and continues to communicate his points across (sometimes more appropriately than others) until he is understood.

This school thing was way more stress on mom and dad then it was on the actual preschooler. Especially a preschooler who has so much personality and charisma that he makes his “boosebus” driver blush after presenting her w some flowers. 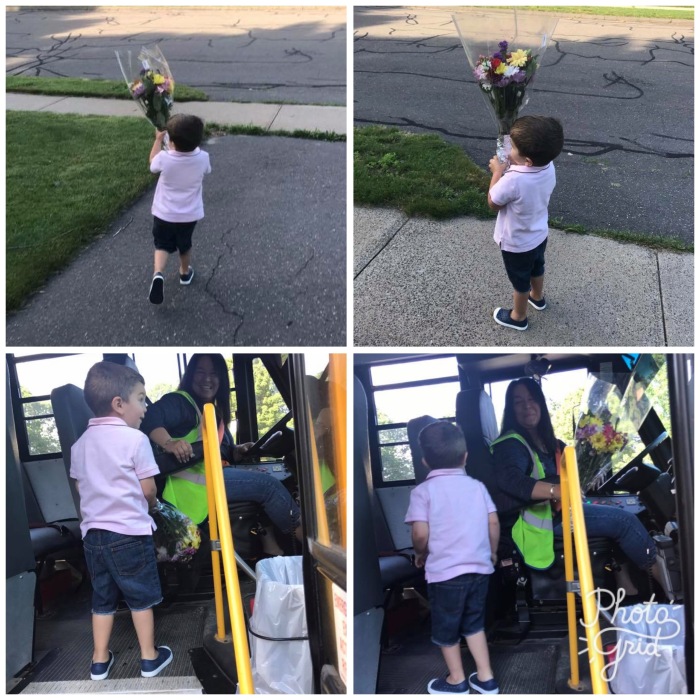 He loved the bus and his driver. The smile on his face every time he heard it coming down the road could light up the darkest places on earthI’d say any three year old who get a present from his boosebus driver with a note like this has had a pretty successful first year… 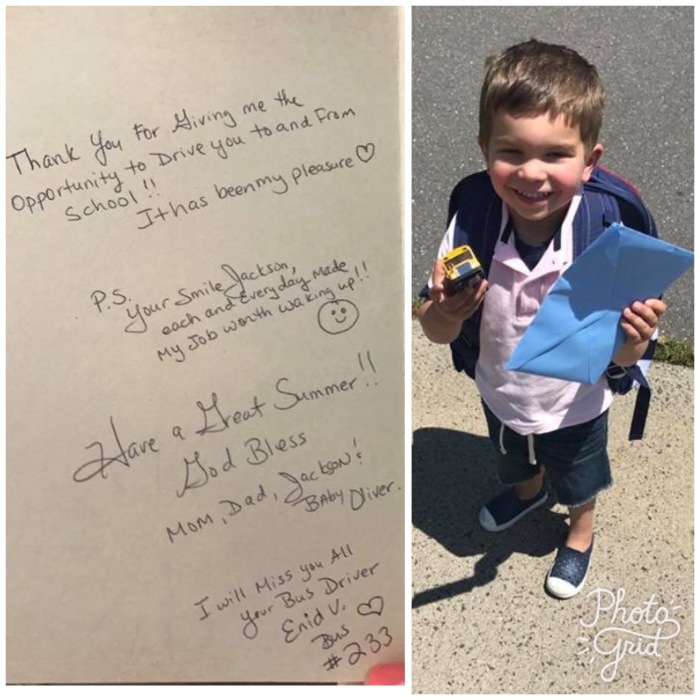 …and just like that.. as quickly as the bus pulled up on that first day of preschool… it just as quickly pulled away ending his year in PRE-K3.