Come one come all, to the greatest show on Earth… this weekend’s epic birthday party for Jackson was an event that will go down in history. It was a mix of Ringling Bros. And Barnum and Bailey Circus and the Super Bowl without a high wire act and wardrobe malfunctions.  They say that the first birthdfay party is never for the kid, its always for the parents… well in this case it was for the parents and about 600 other people.

There were things that happened at this party that I wouldn’t have ever imagined I would be part of in my life.  There were centerpieces and a guest book. There were swag bags and multiple gift tables.  I knew things were getting out of hand when we needed a pick up truck for the cake and a separate SUV for the balloons.  There was a point in time where I thought I saw the “Good-Year blimp and it read Jackson Carmine’s a pimp.”  But then I realized that only happens in 90s rap songs .

Jax was passed around like a hot potato from friend to friend and family member to family member.  There were times where neither Steph or I could accurately locate his whereabouts.  I wish I had the baby Lo-Jack they put on him in the hospital after he was born.

This party was just outrageous; i feel like I didn’t get much of a chance to talk to everyone, but that is only because there were so many people there.  The thing is, its just nice to have so many people care about Jax (or at least care enough to drive out of their way for free food and beer).

The gifts are still piled high in the family room; there is literally no where to put things. There are things I am nervous to open because I know the amount of assembly required is going to scare the hell out of me. I am thankful for the gifts that say NO ASSEMBLY REQUIRED on the box, those make me happy (Thanks KiKi).  The friends who bought Jax a drum set, who will remain nameless (Justin and Sam) are going to regret buying this for him when I call them at 3am and play recorded audio of him smashing his cymbals.

SIDEBAR: I wonder if they have statistics on the demographics of people who actually purchase drum sets?  I would imagine the number one category would be DRUMMERS… but number two has to be friends who want to torment their friends right?  I cant see too many parents saying to themselves, you know what would be a good idea, buying our child a giant noise maker since he doesn’t already keep us up every waking minute of the day, and we should make sure that we include brass circles that sound like a storm from The Day After Tomorrow when he throws them across the floor.

I am so thankful to those who brought gifts that I can play with as well.  This ball pit is amazing, I think I am enjoying it more than he is.  As I squeezed my body inside, I wondered if this would make a good place to hide from Steph when I’m in trouble…?  Maybe the coolest thing of all is Walter the Farting Dog matching book and real farting Walter stuffed animal.  Now this is a toy I can endorse.  Literature and farts… my two favorite things in the world. 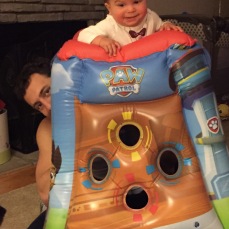 The best gift goes to Mom though.  Anything that can make this little guy laugh like this is a winner:

Huge thank you to everyone for coming and for especially for everyone who helped out especially Sandy and John! 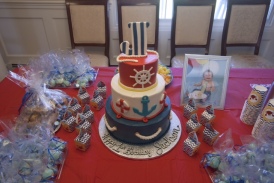 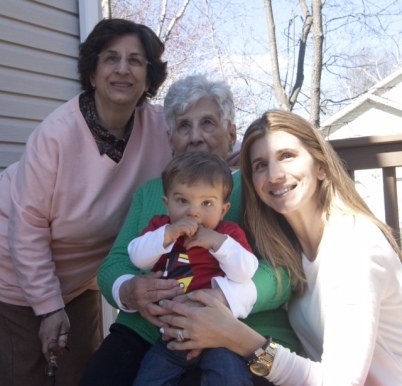 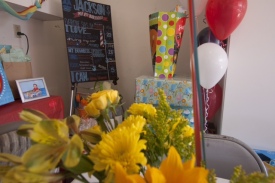 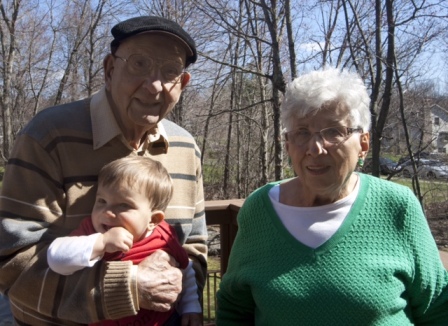 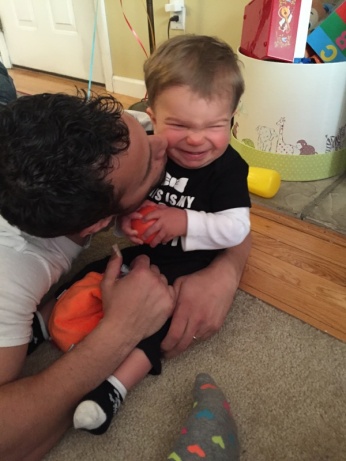 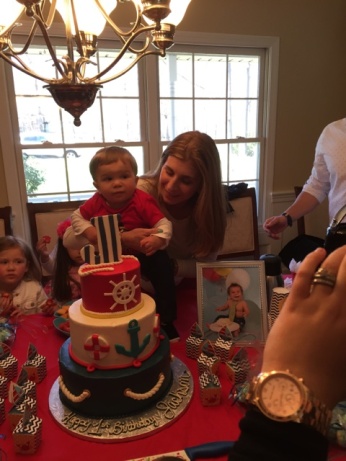 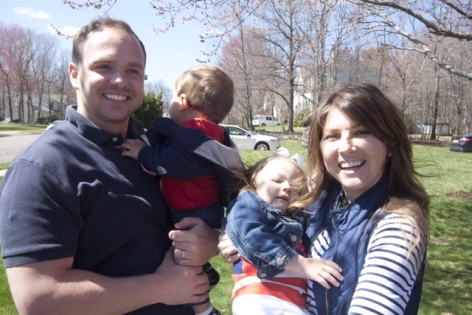 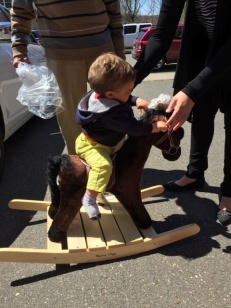 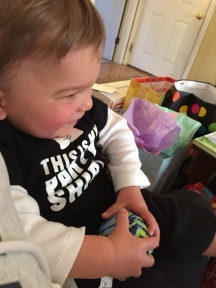 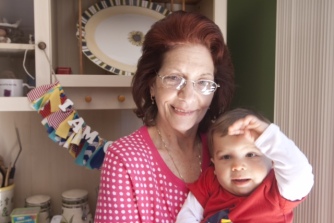 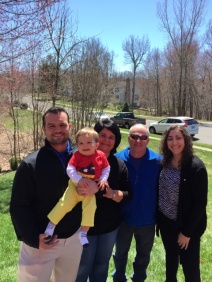 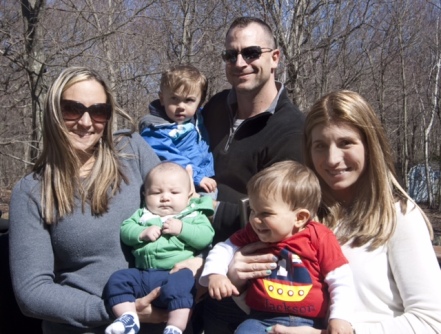