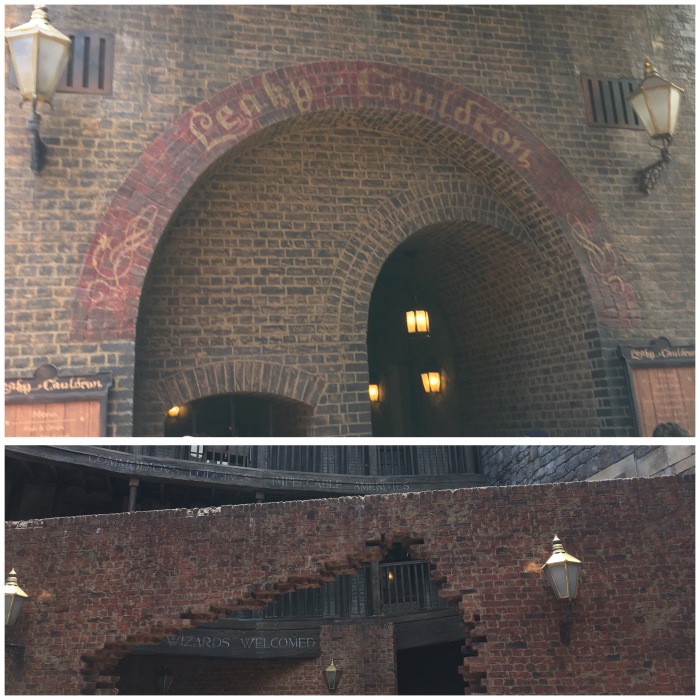 J.K. Rowling left us feening for more… wondering what is next so many times. The excitement and wonder thinking about what comes next after each magical school year ended (and not coincidentally) each book ended. It was a special feeling knowing I’d have to wait a entire year for Harry’s quest to eradicate the world from evil to continue.

I dont feel that exact way anymore… sometimes I do… depending on what is going on (Fantastic Beasts… Cursed Child.  However, years after the last book and final movie have been analyzed and picked apart… theories debunked and new questions posed and even  though there are still new ways to devour canon from JKR, it’s not the same as it used to be. It’s not the same thrill ride that took us to the lowest lows of Dobby’s death, sacrificing his free-life for his friend and not even the same as the highest highs of seeing Ron and Hermione finally stop fighting long enough to realize their attachment, or the relief of the final defeat of Voldemort.

I don’t want to spoiler the fun and adventure for them. I want them to experience the same anxiety over Snape’s loyalty and pure joy over the growth and development of Neville Longbottom. So for now, it’s only about the surface level of fun that the Wizarding World of Harry Potter can bring us and having the opportunity this week to take Jackson back was, excuse the pun, enchanting (he went when he was 10 months old, basically he was a sack of potatoes and remembers nothing except how hot it was). 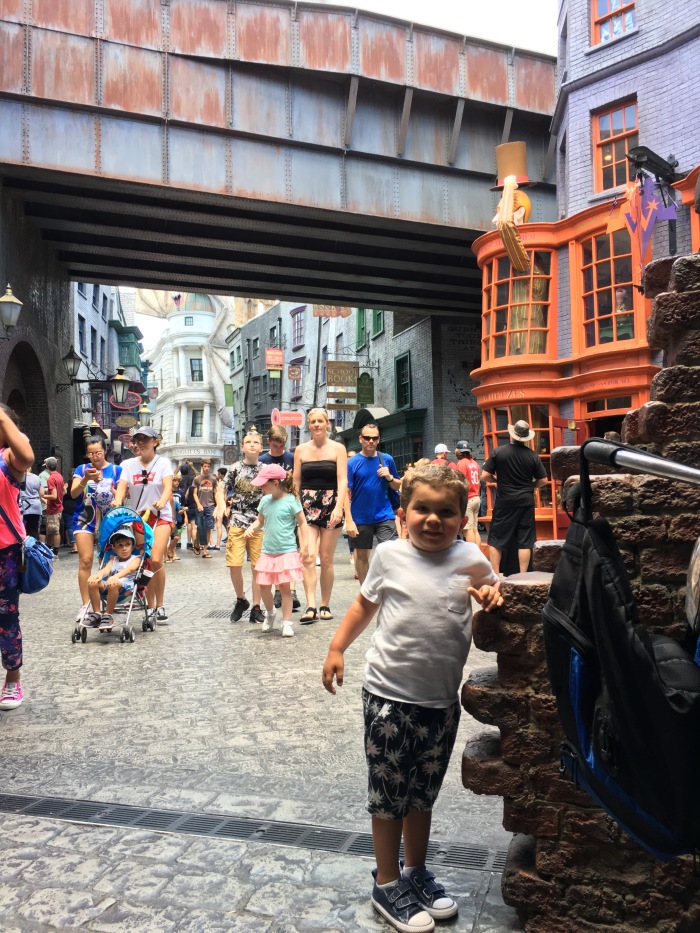 Our journey started by entering the through the brick wall behind the Leaky Cauldron into Diagin Alley. “Theee up and two across” and we were able to gain entrance to the wizarding world. I’m not sure who was more excited to see the Monster Book of Monsters tearing up pages in Flourish and Blotts, or the demonstration of Fred and George’s Puking Pastilles. He literally was like a kid in Honeydukes (a candy store). 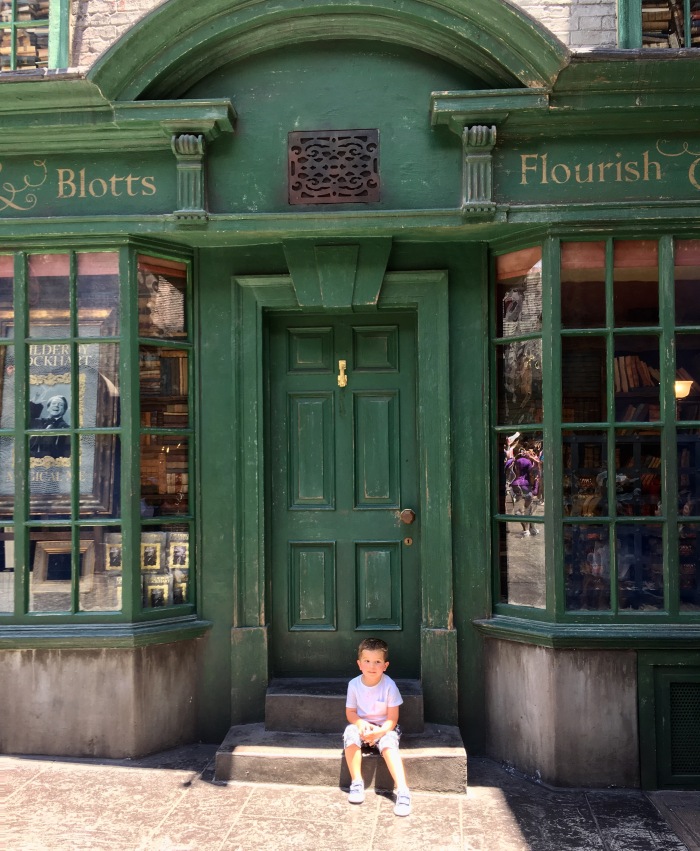 I honestly couldn’t believe that through the three hour ride, blaring sun, 103degree heat and humidity that we were finally here and he was smiling ear to ear. Then again, add a fire breathing dragon and any three year old would be enamored by his surroundings! The heat from the dragon’s fire only lead to our haste in heading to the Hogwarts Express to continue our journey (albeit air conditioned) to Hogsmeade.

Jackson was so exited. He literally couldn’t contain himself. It made my love for the Harry Potter world double in size. He told literally every single muggle in line that he was going on a train to see “Harry Powder.” From the second we stepped into Kings Cross Station until the second we exited the train and he met the Hogwarts Express Conductor, he was at his happiest. His smile lit up an entire village of witches and wizards.

In Hogsmeade he experienced his first Butterbeer, “it’s cold.” After licking the pure sugar cane whipped cream off the top and taking three sips he had enough, as did his blood sugar. ​​ 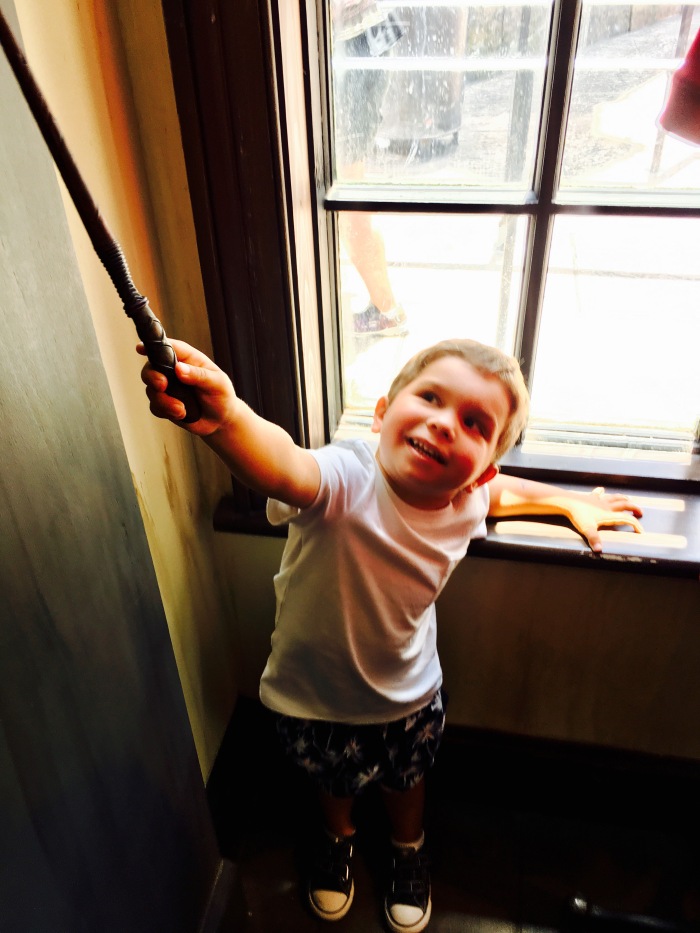 Olivander’s Wand Shop provided us with a much needed break from the sun as well as an impressive display of magic by the famous wand maker himself…”the wand chooses the wizard…”. And in this case it chose a little wizard named Jackson. A wand made of Reed Wood, quite stiff… performs well for wizards looking to protect others (or get their owner out of trouble).

I’m quite happy he didn’t have to ask questions about anything we saw and even more excited that nothing we experienced will spoil his excitement about Snape, Voldemort and “The Boy Who Lived.” I love that he just wants to be immersed in the world of Harry Potter and is beginning to recognize different aspects of the stories. What took me so long to accomplish, Jackson is doing much earlier. On this hot summer day… we had one fantastic adventure together, in a magical world that was all our own immediately after we stepped through that brick wall behind the Leaky Cauldron. 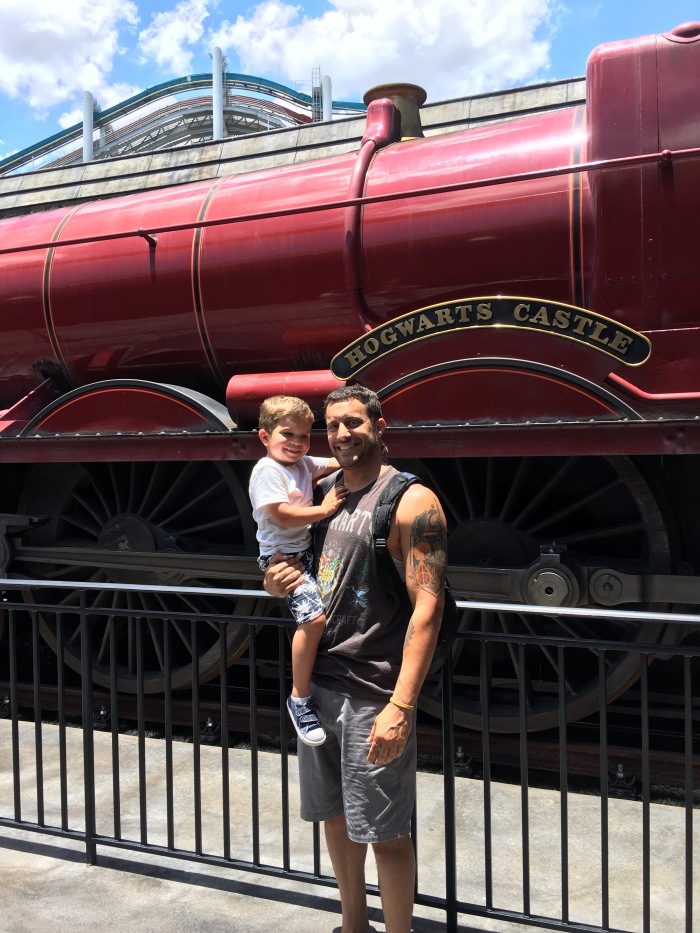 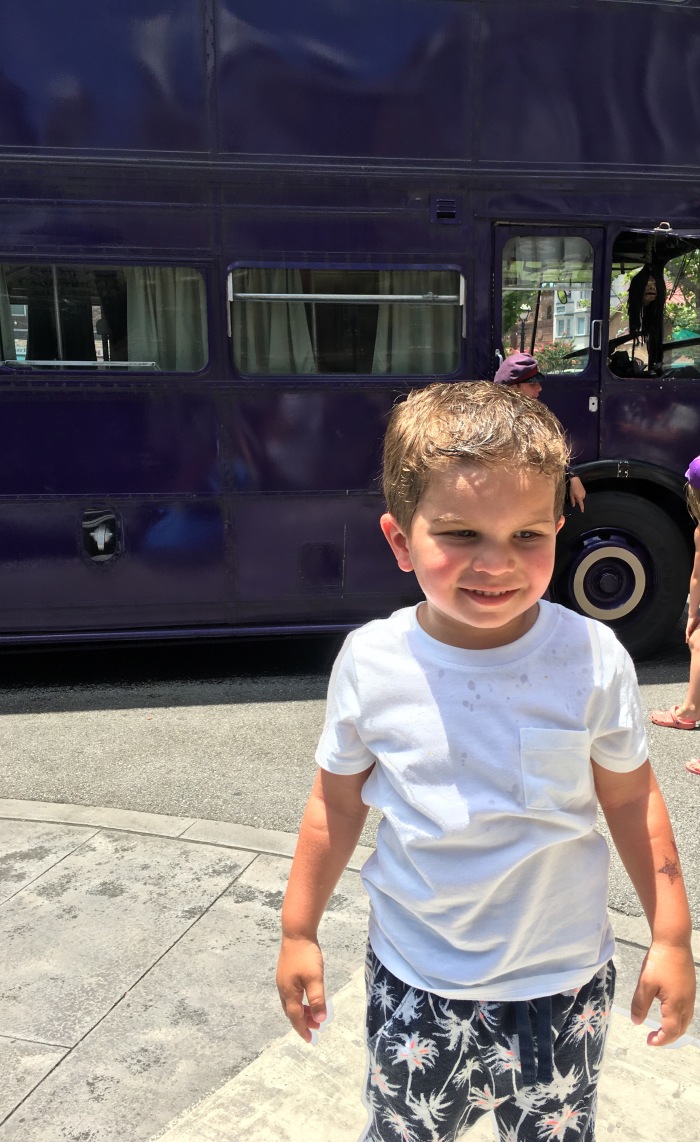