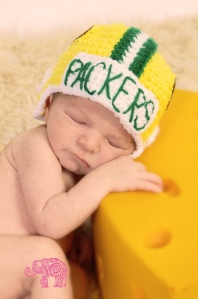 ’ve always been interested in writing “for something”… a blog, a website, a book… Something other than status updates or “live tweeting” the State of the Union Address. So, recently I had been searching for the right opportunity, and when I was approached by a start-up website with the possibility of being a writer I decided to take a shot. What better way to get my start then to write about The GREEN BAY PACKERS. I mean as a part owner I should have plenty of insight and knowledge right? Well fast forward a few days after submitting my “interview” article and I’m now a senior writer on staff!

I want to share the article I submitted to get the job, which in turn would go on to become my first published article. (To Jax, Hope you like it:

My Favorite Green Bay Packer
When I was asked to do this article, I was told to pick my favorite all-time Green Bay Packer and write a description of him. Immediately my head was swimming with choices and confusion…would it be Sterling Sharpe, who was Calvin Johnson before Calvin Johnson was even born? How about Brett Favre, the “Gunslinger of the North,” who kept us in every game? Or what about Charles Woodson, who displayed the heart of a lion and tried to play through a broken collarbone in order to bring back the Lombardi Trophy home? Those are all obvious choices…There are hundreds to choose from; I mean, come on! We are the most legendary franchise in the NFL, right?

But to me there is more to the Green Bay Packers than the legendary figures who once and still roam The Frozen Tundra…to me, there is something else that makes our fan base a “real living, breathing thing.” Family… Vince Lombardi said it, my parents said it… heck, I’m saying it now… family is what makes being a Packers fan (and owner) so special.

My son was born just over a month and a half ago and the joy of being a father sometimes gets lost in dirty diapers and sleepless nights… when the thoughts of Rodgers to Nelson are far, far away. Yet, it’s that quick thought of ARod lofting a touchdown pass, even if for a fleeting second, that gets me so excited. The thought of sharing the Green Bay Packers with my son, the thought of Sundays with him in my lap, the thought of putting him in his first Clay Mathews jersey, the thought of something that is bigger than me, bigger than him… because the Packers make it about “US.”

To me growing up so far from Lambeau Field made it tough to find someone who wasn’t rooting for those teams in New York or Boston… it was lonely on the East Coast as a Packers fan. But as I grew I realized that we are everywhere and even though sometimes only connected by “The Internets” (as my mom calls it), we are all family. Now that family—my family—has grown and I have the opportunity to share something that is more than a game with my little man. And although there is no doubt there will be stories about that Gunslinger of the North, and the guy they called The Golden Boy, it will be more about my son and I and the experiences we share together.

Besides, Coach Lombardi couldn’t have been wrong… he added it in his Top 3… God, FAMILY and THE GREEN BAY PACKERS!