Yesterday something magical happened. It wasn’t something tangible, it wasn’t even something quantitative. It was a real moment that can and will never be rightfully explained by words on paper (or in this case words on a screen). It was definitely a moment out of a Disney movie. (And I’m not talking about today’s Disney… Im talking early Michael Eisner Disney movie type. The Classic Disney music was quietly playing in the background. It was a long day. A day that father and son spent together doing father and son things.

We went to the gym together (in matching Yankees shirts… I know, I know… But we did so just deal with it and keep reading). We stopped for a slice of pizza together (as an aside, there needs to be some work done around the pizza making where I live… I grew up on amazing NY pizza, Bethel Pizza and now where I work… But where I live? We need to step it up around here).

But, I digress… So here I am a so called “daddy blogger” trying to enjoy the day with my son. We played together and ate lunch together and as he went down for a nap I gave me a kiss and passed out. Nothing out of the ordinary for our day. 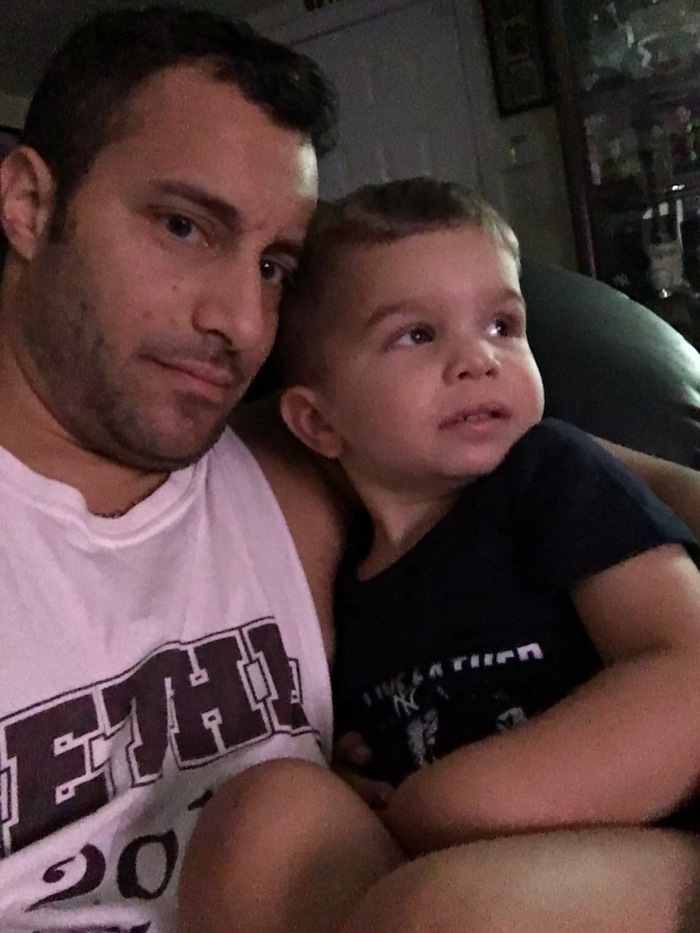 It wasn’t until later that night when I pressed play on the DVR and Elsa and Anna appeared that my son ran to me, climbed on my lap… Leaned over kissed me on the cheek and laid his head on my shoulder to watch Frozen. My son doesn’t sit still for more than ten seconds at a time and then all of a sudden plops himself down on my lap, snuggles closely, and leans his head onto my shoulder? He looks up me you with a sparkle in his eye and a sweet smile and I instantly fell under his spell again, honestly it was an even stronger feeling of love than when I had first held him. I felt like at that moment he was telling me that he knows I am always going to be there to provide him comfort and protect him as much as I can. I felt like this was “his” way of saying “I love you.” He might not be talking, but he got his message across loud and clear…

I love you too little man!

3 thoughts on “Cue the Disney Music”