Once upon a time… Long long ago there lived a very ordinary person.  He was not rich.  He was not what you would call high society. He wasn’t even much of a traveler.  Until one day he decided he needed to see more.  He felt there was more to life than bottles and diapers.  So he set out on what is now considered one of the most important life journeys known to man.

This person… This young man, with out knowing it, would be witness to some of the most important events of the early 20th century. And it all started with a quick visit to his tailor.  If you’re going to be part of history, you need to look the part! 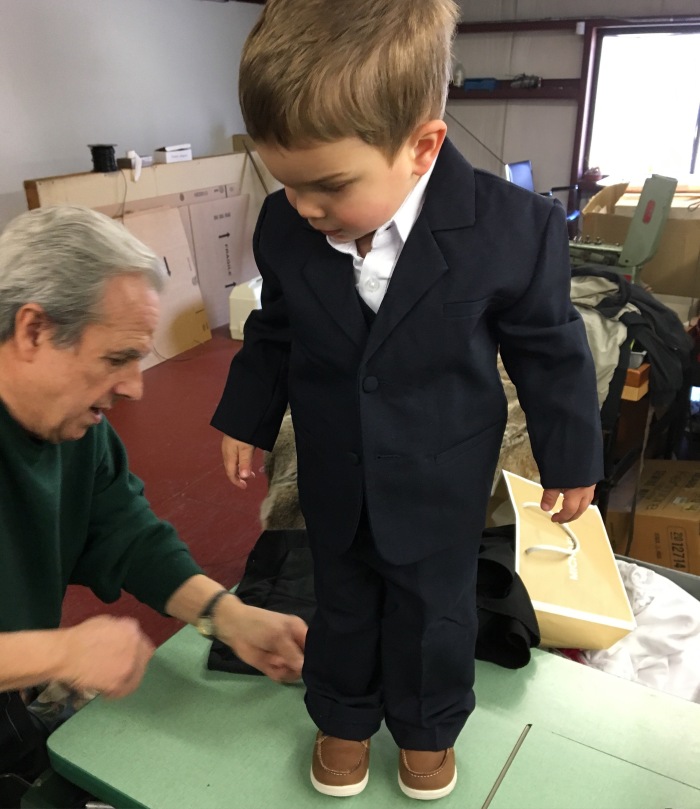 Abraham Lincoln’s carefully crafted Gettysburg Address was one of the greatest and most influential statements in national history.  It’s said that a very dapper young man changed the first line from 87 years ago to, “four score and seven years ago.”  No one is quite sure who or why it was changed, but Lincoln would for years credit an unknown young wordsmith for the first and most famous line of this often quoted speech.

Teddy Roosevelt is not just known for staring in the blockbuster movie Night at the Museum, he was also a champion for the outdoors.  Roosevelt is often considered the “conservationist president.” He went to the North Dakota Badlands, where many of his personal concerns first gave rise to his later environmental efforts. It is said he met a young well dressed man who refused to hunt bison and raised concern for the natural environment that was quickly being destroyed by settlers.  Roosevelt would refer to this young man who greatly influenced his believes on conservation.

Jackson visiting with Teddy Roosevelt and the Rough Riders – c. 1898

Samuel Clemens was known for being the “great American author” and also for spending quality time with his friends at his now famously preserved house in Hartford, CT.  It is said that one day he and a young man dressed in a navy blue suit holding a cane, could be heard yelling “Mark Twain I’m going to call you Mark Twain from now on.” 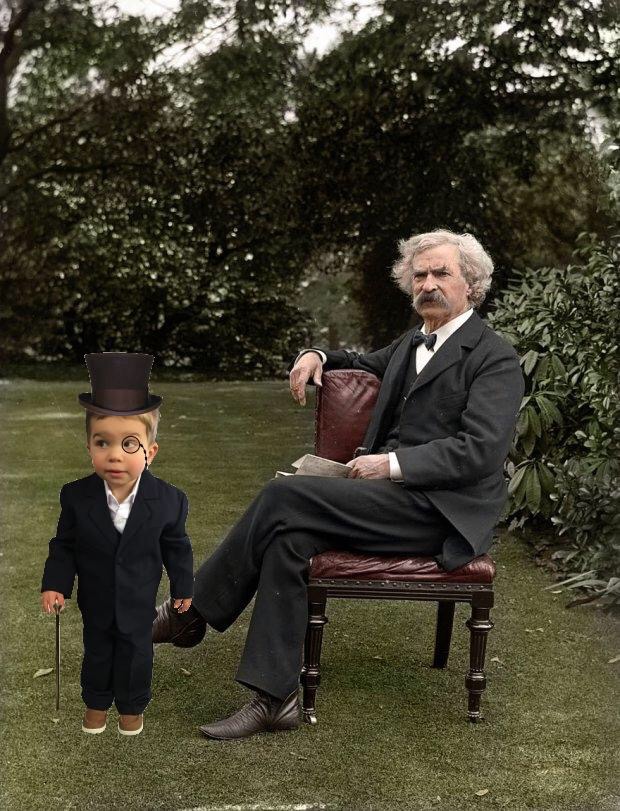 The great steam ship Carpathia made her maiden voyage in 1903 and became famous for rescuing the survivors of rival White Star Line’s RMS Titanic after it struck an iceberg and sank with a loss of 1,512 lives on April 15, 1912. An extremely dangerous rescue mission, it is still unknown who exactly captained the Caroathia that night which led to the rescue of 705 survivors from the Titanic.  All that was recorded is that the captain was “dressed well and wore a monocle on his left eye.”

Not all of the circumstances concerning the sale of Babe Ruth from the Red Sox to the Yankees are known, but former congressman Jacob Ruppert, the New York team’s principal owner, reportedly asked a Yankee fan one day what the team needed to be successful, a young well dressed fan replied, “Get Ruth from Boston.”  Days later that same fan was spotted w the Babe boarding a train to the Bronx.

While rumors of a fifth Beatle have circulated for decades nothing has ever been confirmed. This image shows the mysterious musician that helped write such tunes as “I Want To Hold Your Hand” and “Help!”