Have you ever tried something new? As parents we try to get our children to try new foods on a regular basis. We ask them to be open to new things and not just say no when something unfamiliar is put in front of them.

The thing we don’t think about in this situation as parents is actions speak louder than words. Try to tell your child who spent an entire afternoon thinking up a meal that can be created out of food found sitting in the back of the refrigerator drawers and under the couch cushions that you aren’t hungry. Their lip begins to curl, tears well up in their eyes and then they give you the line every parent fears… the one where they throw something in your face that you use on them… “but, you always tell me to try new things!??!!” So you know when they hand you that plate or in our case a red solo cup filled with last week’s leftovers that you’re going to have to take one for the team.

There isn’t a chance you are going to be voted parent of the year, let alone get your kid to listen to you ever again if you don’t at least eat what’s in front of you. So with that being said, I present to you 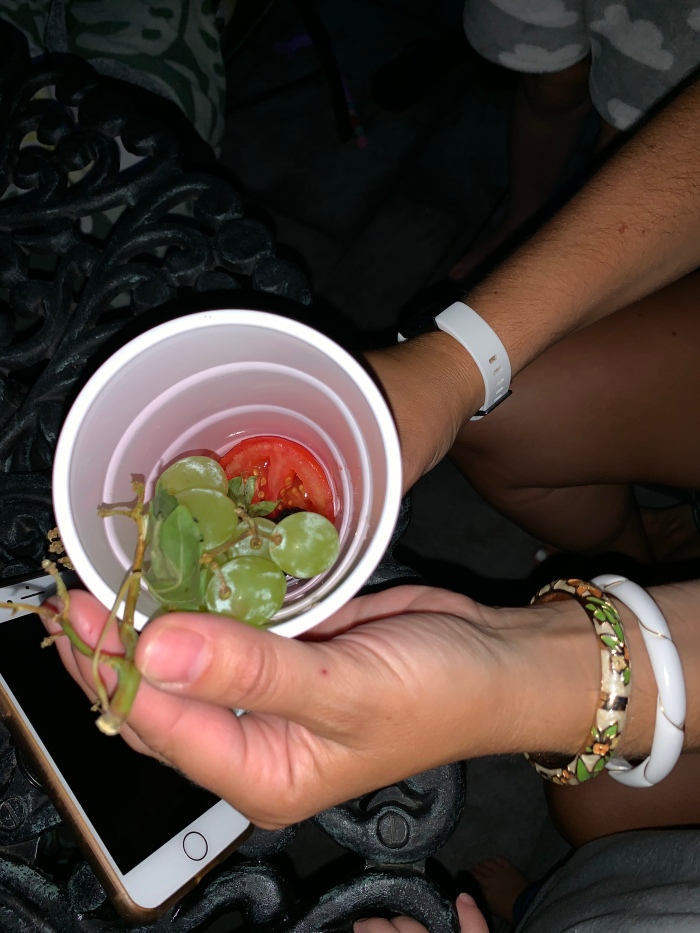