“Where do you think you’re going? Nobody’s leaving. Nobody’s walking out on this fun, old-fashioned family Christmas. No, no. We’re all in this together. This is a full-blown, four-alarm holiday emergency here. We’re gonna press on, and we’re gonna have the hap, hap, happiest Christmas since Bing Crosby tap-danced with Danny freaking Kaye. And when Santa squeezes his fat white ass down that chimney tonight, he’s gonna find the jolliest bunch of A-holes this side of the nuthouse.”

Not a chance Christmas went bye without some incredible stories.  Doesn’t matter if it was Jax’ first christmas or his 15th.  Today was filled with love, laughter and lunacy.  The amount of toys that santa brought for this little dude was insane.  There is not a chance in hell that he could even comprehend the amount of STUFF that he unwrapped today.  All I know, all we know, all he knows (I think he knows) is he is so lucky to have such an amazing cast of family members who treat him like he is king of the Seven Kingdoms.  Santa spent a little extra time here last night and this morning dropping off some awesome toys.

There was the chair that looks like a toilet. (I need one of these for football Sundays). 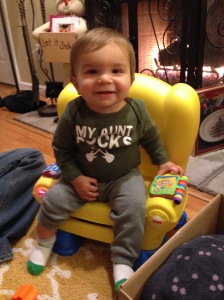 Then there was the basket that was supposed to be for Auntie Tricia’s spa supplies. 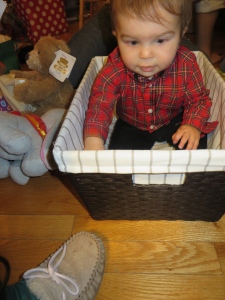 Grammy’s buttons on her Christmas Shirt were a source of entertainment for all ages (especially 8 month olds).

The Wrapping paper gift was a favorite as well.  It tasted yummy.

He also loved the Jackson sized replica of the Empire State building that he could climb and pretend to be King Kong on!

Then there was the incredibly inspiring story of Walter the Farting Dog who shares in Jax’ favorite past time… farting.

Jax was amazed by the generosity of everyone; Santa went above and beyond!!!!

Jax knows Christmas is about giving not just getting presents… he spent his allowance on his brothers XMAS gift. 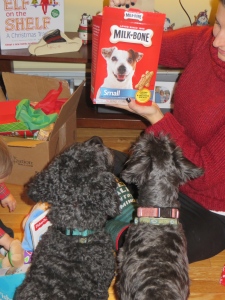 … but most of all Jackson loved all the attention from the most important people in his life… his family. 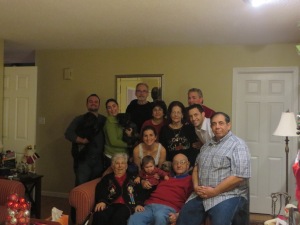 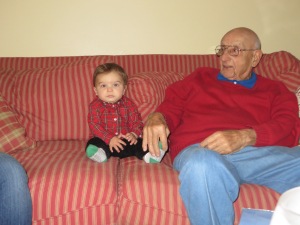 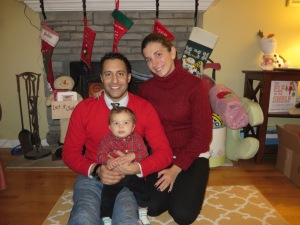 Family traditions and family craziness aside… Stephanie and I want to take a second to thank everyone who has been there to support this journey of ours through parenthood.  Most of all our parents and family and especially our friends who have answered our desperate phone calls at 2 and 3 AM when Jax was sniffling or had a fever.  There really is a magic to the holiday season, it’s a magic that exists all year, one that is always there, but often is not tapped into.  The magic of the people around you who care about you for who you are.  The people who are there for you when you need a laugh or a cry… or you need a someone to change a dirty diaper.  Those are the real reasons that the holiday exists.

Jackson, you are the greatest gift I have ever been given.  I am proud to be your father… I am happy to be part of your life and most importantly… I love you more than any present, autograph, fitted suit jacket or skinny tie in the world!

PS: You know when your Christmas ends like this: 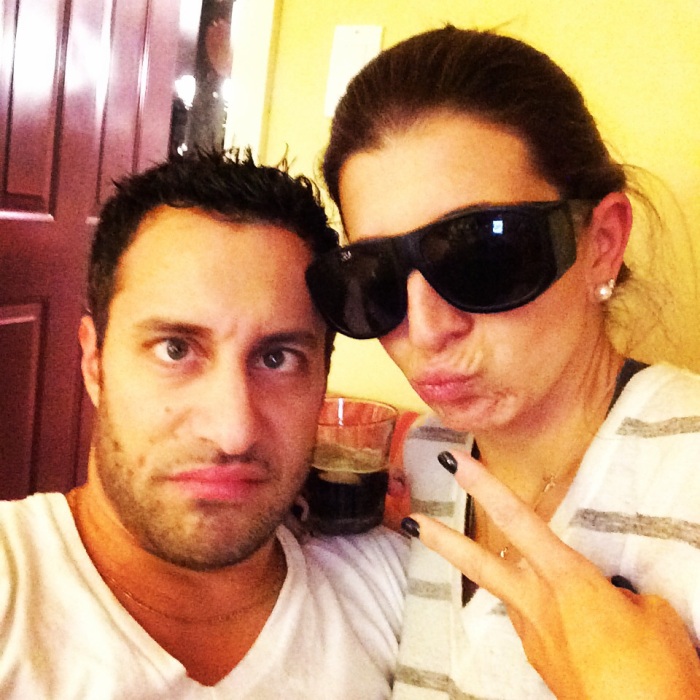 …it was a great one!